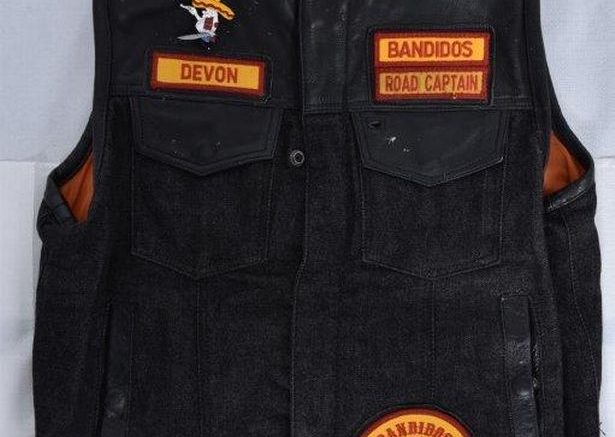 A ‘road captain’ of a motorcycle club – whose members around the world often refer to themselves as ‘outlaws’ – told a court he fled to the loft of his house in his underpants and clutching his mobile phone when police arrived, saying it was “fight or flight moment – and I ran away”.

A jury at Plymouth Crown Court has listened and viewed evidence for several days into the death of 59-year-old grandfather David Crawford who was knocked off his powerful black Kawasaki motorbike by a Ford Transit van on the evening of May 12 at the A38 on-slip at the St Budeaux interchange.

Benjamin Parry, aged 42, of Wright Close in Devonport, was driving the van at the time while Chad Brading, aged 36 of Wright Close, Devonport, and Thomas Pawley, aged 32 of Heather Walk, Ivybridge were in a black Mercedes car. Prosecutors say the three co-ordinated their movements and targeted Mr Crawford over a rivalry with the Cornwall-based Red Chiefs Motorcycle Club, which Mr Crawford was a member of.

The three men – all members of the Plymouth chapter of the Bandidos Motorcycle Club (MC) – deny the charge of murder by joint enterprise.

Thomas Pawley took to the witness box in his defence today and was immediately asked by his counsel Ignatius Hughes KC whether he intended to cause serious harm to MR Crawford. Pawley replied “no” and said he did not mean to case him any harm, nor did he want Parry to cause him harm.

Pawley, aged 32, revealed he joined the Royal Navy as a young man but only served for around two years. He was honourably discharged after he badly injured his knee during a snowboarding accident in a snow-dome in Dubai. He went on to work on the roads, then as a motor mechanic and eventually a carpenter.

He explained he had been a ‘Prospect’ with the Bandidos MC for around 15 months before becoming a “Probationer”. He confirmed his motorcycle jacket – or ‘cut’ – had a Probationer badge on it. He said he was made Road Captain – a role which involved him arranging trips, working out routes, finding stops, assessing locations to get fuel – because he was good at logistics and roads. He said he had organised two trips but had only gone on one himself. He revealed that there were only “four or five” full patch members, with a total of around 11 members if including ‘Prospects’ and ‘Hangarounds’.

Pawley explained he had been working in the Weymouth area “building axe throwing ranges” for children and that his boss in that enterprise was Grant Cooper, who was also a member of the Bandidos MC. Due to a problem with materials they all left work early on the Thursday May 12 and Mr Cooper drove them both home. After getting changed at his home in Ivybridge, Pawley decided to visit Brading in Wrights Close, Devonport and after the arrival of Parry they all decided to get dinner at Gallos. Following the meal he took Parry home then he and Brading decided to go for a drive, noting that it was Plymouth Bike Night on the Hoe.

As it was not busy, he said they headed to the Plymstock branch of McDonald’s “for a milkshake” but after Brading got a message saying “HA [Hells Angels] and support possibly at Costa” he turned his car around on the Morrison petrol station forecourt and heading to Marsh Mills before parking behind a solicitor’s firm next to the Gateway Retail Park. He said he got out of his Mercedes car and, because he was too short, stood on a stump to look over the fence. There he saw motorbikes lined up outside the Costa and the Hells Angels and Red Chiefs riders having a coffee.

He explained he only went to “have a better look at who was there and how many” and position himself at the fence so he could be at a “safe distance”. When he later drove down Coypool Road and parked up to watch the Red Chiefs ride past along Plymouth Road he said he was taken aback when they turned left into Coypool Road behind him. He told the jury he “drove off in a sharpish manner” because “I didn’t want them to come around us, and recognise us”.

Pawley insisted he did not follow the lone biker as claimed by prosecutors, that he was actually trying to head to Devonport to drop Brading off before going home. However, traffic problems along Embankment Road and the slow traffic at the Laira narrows led him to go back towards Marsh Mills and the A38. Asked why he then continued onto the Tamar Bridge where the Red Chiefs were likely to be headed, Pawley said “curiosity had got the better of me. [It was] to see if they had gone that way. I thought they were going to carry on over the bridge.”

Pawley told the jury “if you are in someone else’s area you don’t wear your colours – it’s their area to recruit from. You shouldn’t go in there wearing your colours”. He said they followed Mr Crawford’s motorbike from the Tamar Bridge, but added that he was going in that direction anyway.

When Mr Crawford left the A38 at the St Budeaux off-slip Pawley said it was “completely unexpected”, seeing him “peel off and do what he did”. He said Mr Crawford stopped at the entrance of the on-slip and they went past him in the Mercedes, stopping further down it.

He claimed Mr Crawford then slowly came down the hill. Moments after Mr Crawford pulled alongside him Pawley said there was a “white flash” and the back wheel of a van going past. Pawley said he panicked as it reminded him of a motorbike accident involving his father.

He explained that a baton found in his boot was bought off Ebay and had been “marked up […] as a hiking stick”. He said he bought it because of his bad knee, but it was never used as it wasn’t a walking stick and he threw it into the boot.

He said he had never been arrested before and panicked when he saw police outside his home at 3am and fled into the loft in just his underpants. He said it was a “fight or flight moment and I ran away”. He said he had no recollection of deleting the call history on his phone.

During cross examination by prosecutor Paul Cavin KC Pawley claimed the baseball bat in his car was set to be sprayed the club’s colours and hung in the clubhouse, but as he could not afford to do it he instead left it in his boot. He said he did not send back the baton – which he said was advertised as a hiking stick – as it would cost three times as much as the cost of it to send it back to China.

He insisted that any idea of pulling up alongside Mr Crawford to discuss him wearing his Red Chiefs colours in the Bandidos ‘patch’ was “not intimidation – it’s no different to what they would do with us”.

At one stage Pawley appeared upset at Mr Cavin’s claims that he, Brading and Parry had planned the attack on Mr Crawford, raising his voice and, indicating towards Parry in the dock, exclaimed: “This is all down to one man and one man sat there. I’ve spent the last six months sitting in prison. I’ve lost my house. I’ve lost my relationship. I’ve lost my job and now I have to stand here and plead for my own innocence.”

Questioned about why he followed and observed the rival motorcycle club, Pawley said “it’s what we do” and that when clubs go onto other patches “if it was Bandidos or Pistoleros” or any other club, they keep tabs on each other.

Mr Cavin suggested Pawley made it sound more akin to trainspotters, jotting down the whereabouts of motorcycle club members in their “Hells Angels spotting book”. Pawley insisted that making such observations was normal practice, adding “we’re not doing anything wrong by doing it and that he did not have to have any reason for doing it.

Explaining that the Red Chiefs members who entered Coypool Road “pulled in behind us” causing him to speed off, he insisted he “didn’t say I was scared of them”, adding that he did not want them to see his face and recognise him. Asked by Mr Justice Neil Garnham to answer the question put to him about why he went looking for the Red Chiefs bikers, he answered “out of intelligence… a bit of surveillance for the benefit of the [Bandidos] club.

Pawley said he expected that if he had gone into Cornwall wearing his own ‘colours’ he would be expected to be stopped and questioned by a rival club, but insisted “it could be a polite conversation”. He said he stopped further down the slip road to Mr Crawford because he “didn’t want him to feel like I was intimidating him or blocking his path”.

Asked what he would do if the rider – Mr Crawford – was aggressive, he said he would “probably just stuck my finger up at him and drove off”. He told the jury that he would have just wound down his window and said ‘get your colours off while you’re in Plymouth – it’s disrespectful’.

Recap on the trial so far:

It is not the first time concerns have been raised about Nibana restaurant. A previous immigration enforcement visit in 2015 found two illegal workers and in 2016 another person was found to be working illegally Plymouth Live – | News…

JD Sports, Next and Las Iguanas, along with other retailers and hospitality venues, will be taking part in a jobs fair at…