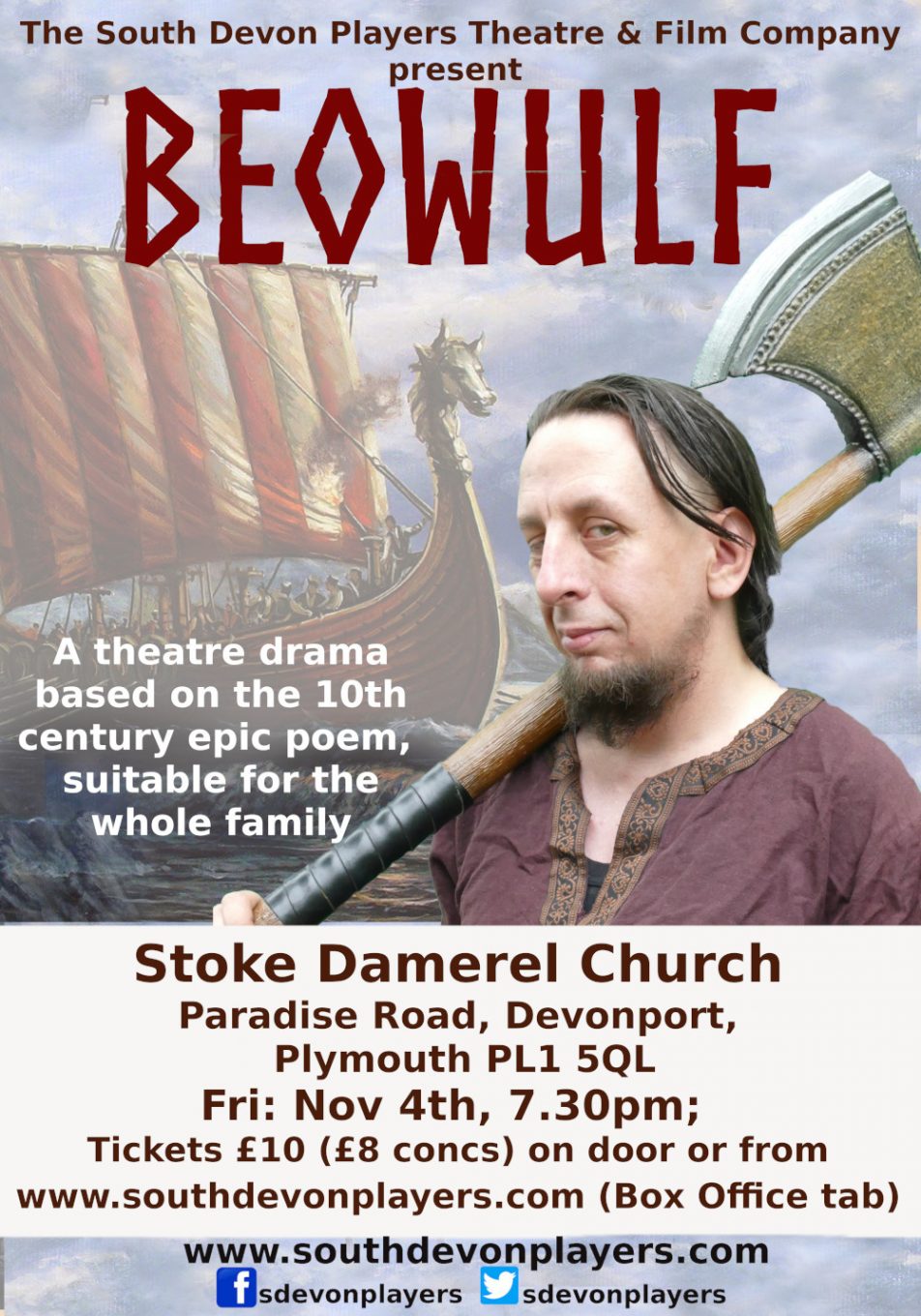 Location: Stoke Damerel Church
Paradise Road, Devonport,
Plymouth PL1 5QL
Fri: Nov 4th, 7.30pm;
Tickets £10 (£8 child/ student)
on door or book online via https://www.southdevonplayers.com/box-office.html
A drama suitable for all ages, based on the classical 10th century poem Beowulf, and featuring passages of the translated poem itself.
This is an action drama based around Saxon and Norse / Viking mythology.
A chieftains magnificent royal hall in Denmark, is ravaged by a newly woken creature of the night, and Beowulf, a warrior hero, alongside his band,
travel to the hall to destroy the creature. He is successful, although encountering two such creatures instead of only the one, before travelling back to his homelands, where war and strife between clans, eventually lead to him being crowned King. But there are other creatures that dwell in the dark places. An escaped slave, stealing a golden cup, awakes the dragon, and once again, Beowulf is called upon to defend the people….
Staged with drama, action, and larger than life puppetry, this is an all-new retelling of the drama, by an awardwinning theatre company from Torbay.
Content notes: This does contain fight scenes, and depiction of monsters
Theatre company details:
www.southdevonplayers.com
southdevonplayers@gmail.com
Tel/ text 07855 090589
www.twitter.com/sdevonplayers
www.facebook.com/sdevonplayers
+ Google Calendar+ iCal Export