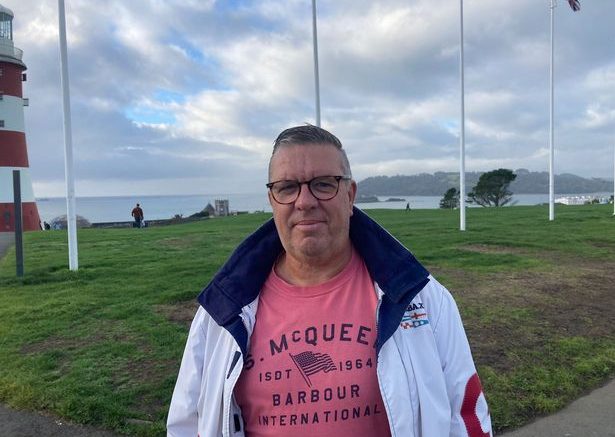 Most Tory members think Liz Truss should resign with Boris Johnson the favourite among members to replace her – and it looks like a lot of people in Plymouth are thinking the same thing. Today we’ve been out on the Hoe trying to gage public opinion on Liz Truss, the current state of the government and whether there should be a snap election. Not one person who spoke to us told us that they were a fan of the current Prime Minister, with some calling for her to leave immediately.

Some suggested that if Ms Truss was to remain in office they would find it harder to vote for the Conservatives. Even a life-long Tory voter said for the first time she is finding it hard to know who to support.

Others told us that although they didn’t like Liz Truss they still wouldn’t vote for Labour and a general election would just “finish everything off”, instead calling for stability. And although many struggled to name a more favourable candidate one name did constantly sprung up and that was Boris Johnson.

Those that we spoke to did acknowledge he had made mistakes in the past but they also said he was the only MP with a “big personality”.

Let us know what you think in the comments section below. Should Liz Truss stay on as Prime Minister, would you welcome Boris Johnson back and do you think we need a general election?

Steve McCoy: ‘Boris is the only one I could see as being a replacement’

“I’ve lost a lot of confidence in [Liz Truss] since she was elected by the Tory party, if I’m honest. I think she was the right choice at the time but in light of recent activities I’m not sure anymore.

“I always thought Boris was very good, he did make a big c*** up with what he did but I don’t think there are any big personalities left at the moment.”

Asked if he would welcome Boris Johnson back, Steve said: “I think if he was in exile for a little longer then yes, I would welcome him back. He did make a big mistake in my view but I think he is the only one I could see as being a replacement. It’s just too early at the moment – he’s only been out for a couple of months.”

Despite his opinions of Liz Truss, Steve says if there was to be a general election he would still vote Conservative because he doesn’t see “Labour as being the alternative”.

“If there was a general election I would like to hope that the Torys would still get in,” he said.

Malcom Westley: ‘Cut her loose because to keep her would only just prolong the agony’

“I haven’t been very impressed, I must admit. You look at what David Cameron was like, Theresa May, they were very good speakers and she’s just not a good speaker. She just doesn’t come across convincing. She seems to go in all guns blazing and now we seem to be in a bit of a mess.

“The bottom line is she sacked her chancellor who was only implementing her policies. She gets to stay and he has to go but that’s politics.”

Malcom added that the government should “cut [Liz Truss] loose because to keep her would only just prolong the agony because it’s not going to get any better with Liz Truss, I don’t think.”

Asked on who should be Prime Minister, Malcom said: “We should have had Rishi [Sunak] in, shouldn’t we?

“I actually put my money on him. I was quite confident he would get it. I think he got tarred with the same brush as Boris and I think it just rubbed off a little too much – I think it’s unfortunate.”

Asked about Boris Johnson’s proposed return, Malcom said it “wouldn’t surprise” him. He said: “Boris was Boris, wasn’t he? He did some good things but he shot himself in the foot unfortunately.

“I wasn’t his biggest fan but compared to where we are now it wouldn’t be bad. I wouldn’t be surprised if he came back and I think he would get decent support.”

Barbara Kenna: ‘For the first time in my many years I’m finding it really hard to know who to vote for’

“I think it needs to change and very soon,” she said. “I am normally a Conservative voter but at the moment I think it is very difficult.”

“I’ve always said you should vote because if you don’t vote you have no right to argue about what’s happening but at the moment I would find it difficult to vote.”

“I think they put the wrong person in and she should never be there. The government is all messed up at the moment.

“What they should have done is get someone who would sort this government out but she’s no good. She has to go.

“They need to get rid of her and hopefully soon. Being honest, bring back Boris. He didn’t care a damn, you know what I mean? He was good. He didn’t care, did he? They’re all as bad as each other at the moment.”

Despite John’s gripes with Liz Truss he says he would still vote for her in the next general election. John admitted that although he likes Luke Pollard, MP for Plymouth Sutton and Devonport, he ‘still wouldn’t vote for Labour’.

Stephen Haigh: ‘We need a period of stability for a year or two’

“I think what we’ve seen in the last couple of weeks with Liz Truss’ efforts and her first chancellor it’s been a fairly poor attempt for professional politicians. We need someone competent who can manage the country.”

But he said a general election was out of the question. He said: “No, I think that would finish everything off. We need a period of stability for a year or two.”

Kenneth Ryder: ‘I liked Boris, my wife hated him’

“[Liz Truss] appears to be weak,” said Kenneth. “When I think of prime minsters in the past they’ve always been strong, resolute and she seems rather weak.

“She’s got Jeremy Hunt in now and I find myself asking, ‘Is he very good?’ I’m not sure he is.”

Kenneth also says he would welcome Boris Johnson back at Prime Minister. He said: “I liked Boris, my wife hated him.

“She hates him but alright he made an error attending at party at Downing Street and not admitting to it and that was just foolishness and we all do foolish things. I’d rather see Boris back at 10 Downing Street.

What the polls are saying

Our vox popping comes after it was reporter by Sky News that more than 80 per cent of Conservative Party members think Liz Truss is doing a bad job – with 55 per cent saying she should stand down as leader.

As found on Plymouth Hoe, Boris Johnson is also the members’ favourite to take over, being seen as more favourable than Rishi Sunak and Ben Wallace.

The data came from YouGov which surveyed 530 Tory members today and yesterday for their opinion, a comparatively smaller sample size than opinion polls of the public at large.

The survey found that 83 per cent of paid-up Conservative backers think Ms Truss is doing badly. It also found that just 15 per cent thought she was doing well. Three percent said they didn’t know.

When asked if Ms Truss should resign, 55 per cent of all those asked said yes, 38 per cent said no, and 7 per cent did not know. The poll also found that almost 40 per cent of members who voted for Liz Truss in the leadership race now want her to go.

Get the best stories delivered to your inbox every day. Choose what you love here

Plymouth is at risk of becoming Britain’s Tent City